The deep colours of crystallised stoneware for the Salerno ferry terminal 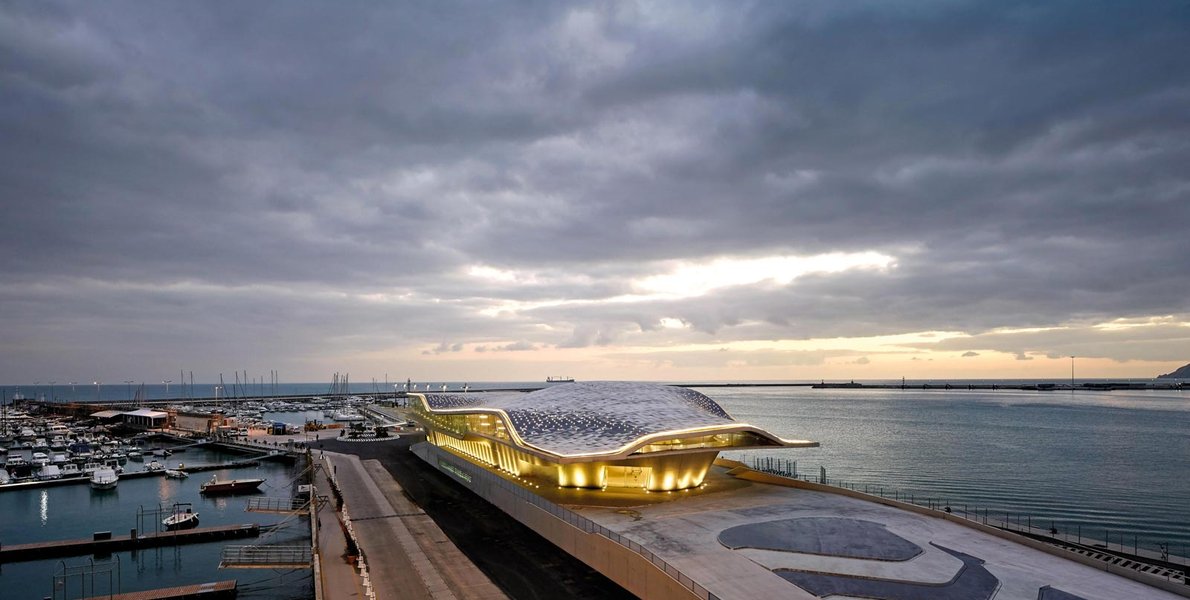 Like an oyster, between land and sea, with a hard shell that comes to life in the sunlight thanks to a unique crystallised stoneware

Standing near the quay dedicated to Manfred, the Norman king who first understood the need for a harbour in the city of Salerno, the sculpture-like ferry terminal in concrete, glass and ceramics was conceived by its architect, Zaha Hadid,as “an oyster with a hard outer shell containing soft, fluid elements, with a ‘tempered’ roof to shield it from the harsh Mediterranean sun”.

The Iraqi-born architect’s last work, conceived in 2000 but only opened in spring 2016, it constitutes an artificial adjunct to the land, constantly mediating between solid and liquid, shore and sea. A wave with grey-white foam, like those which break against the Salerno quay, located between the commercial port and the city’s waterfront, establishing a new, closer relationship between the two.

The Oyster – as Zaha Hadid herself called it, due to its hard shell for protection from the fierce southern sun – stands on a monolithic sculpted base supporting the system of ramps and internal and terraced access ways, a complex, dynamic promenade which guides passengers during embarkation and disembarkation procedures. The curved roof is detached from the walls and rests on simple steel pillars, a huge protective covering clad with a mixture of MarazziSistemAcrystallised stonewareslabs, in a variety of colours, for an extremely tactile effect, shimmering in the hot sunlight.

SistemA is a unique ceramic product intended for architecture, a highly technical product manufactured using an exclusive technology patented by Marazzi in 2010, which creates a material with an amazing three-dimensional character and depth of colour. The collection features an array of strong, incredibly bright colours which bring the combination of aesthetic values and performance to new heights. Agreen product(with Ecolabel and Leed certification), SistemA includes warm, cool and saturated colours and the capability for custom shades. Created in a large size, SistemA is outstanding for ventilated walls and heavily used public and retail locations, both indoors and outdoors, as in this case.

In the daytime the dome shimmers in the sunlight, thanks to SistemA’s distinctive colour characteristics, while at night it lights up with thousands of LEDs to stand vigil like a lighthouse over the ancient harbour. 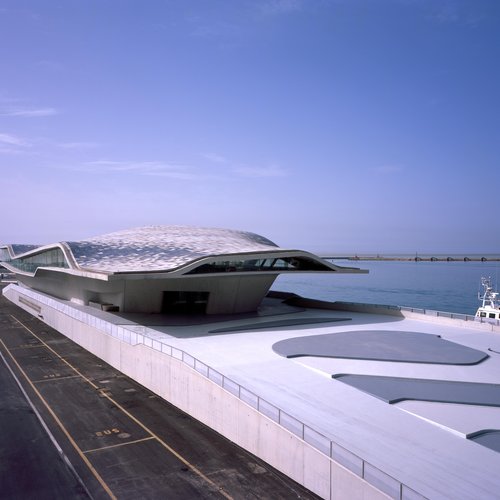 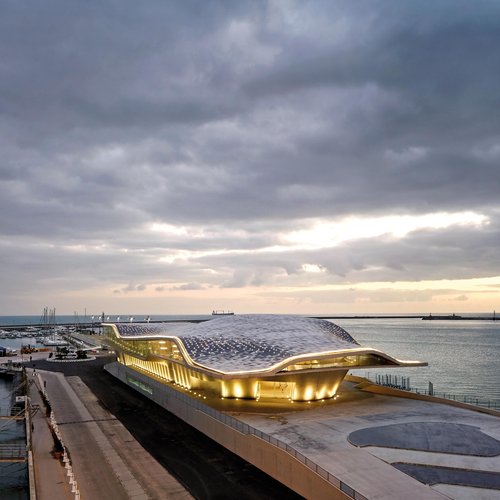 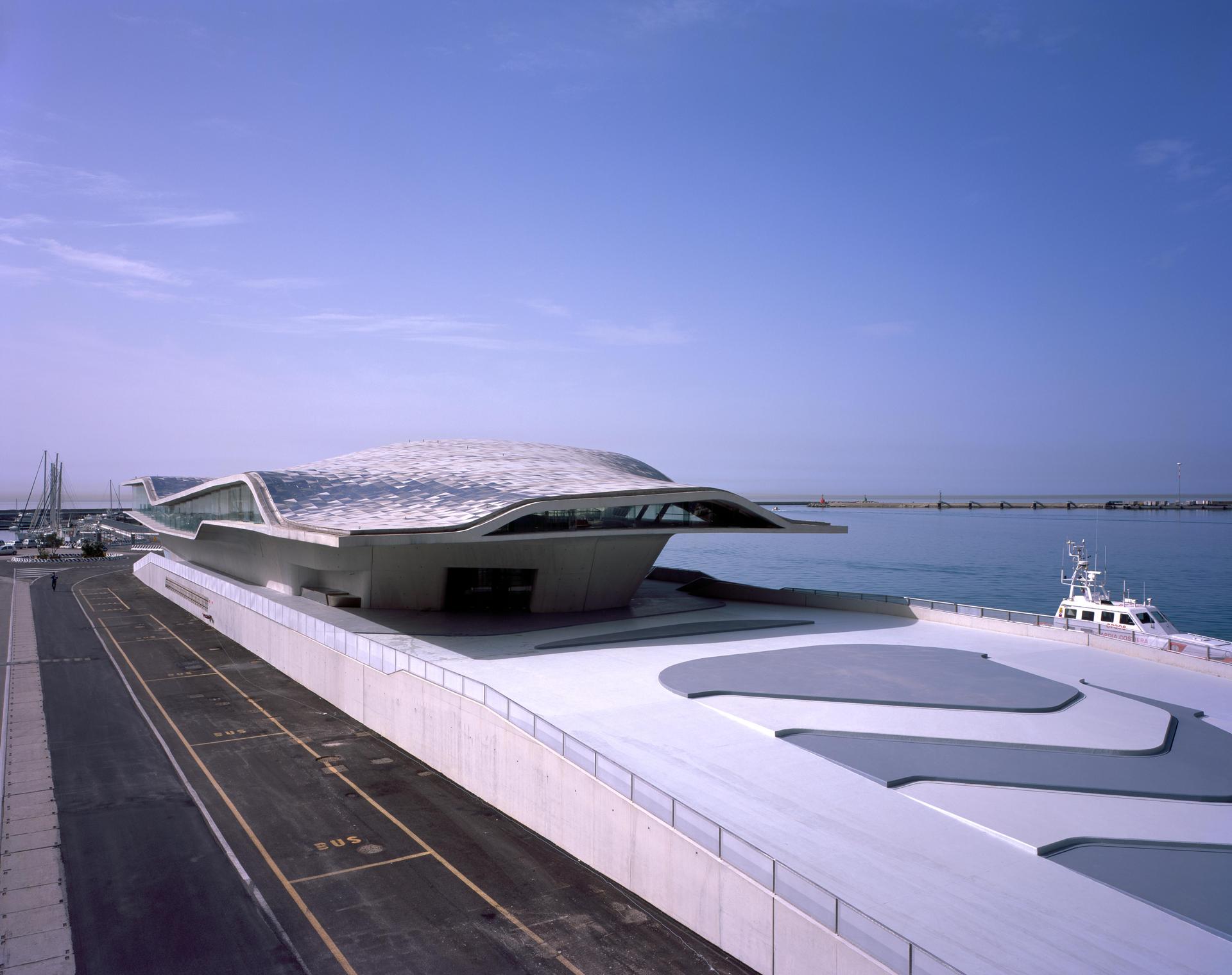 /
The deep colours of crystallised stoneware for the Salerno ferry terminal
/

/
The deep colours of crystallised stoneware for the Salerno ferry terminal
/ 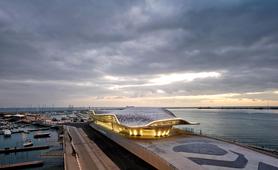 SistemA, crystallized stoneware by Marazzi for the ventilated façade of the new ICE Congress and Conference Centre in Krakov, Poland articolul următor