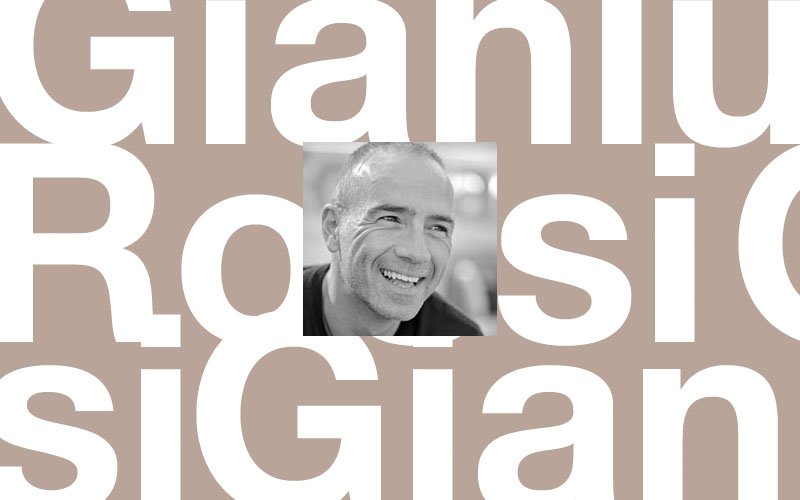 After obtaining his degree in Architecture from Florence, he gained experience at Berkeley University in San Francisco, then at Luxor in Egypt from 1990 to 2000 with the Louvre Museum’s Archaeological Restoration Mission no. 1064 at the Temple of Rameses II. From 1995 to 2007 he was a contract Professor at the Architectural Restoration Workshop of the Ferrara Faculty of Architecture.

In 1989 Gianluca Rossi founded GLR architetti and until in 2007 he was one of the members of FrassinagoLAB. In 2009 he established Uainot S.r.l., which in 2012 expanded with the creation of a marketing and communication department. With his team, Gianluca Rossi works for Giorgio Armani, contributing to the outfitting of a yacht for Christensen &amp; Ship of Portland (USA) and he is art director for Corradi Group and Marazzi

For private clients, he has undertaken a large number of building restoration projects, the design of new homes, boutiques and industrial structures, and interior design projects in Italy and abroad (the USA, Canada, China and the Arab Emirates).

He won the 2011 Chrismust prize and was selected for the Permanent Design Collection of the Compasso d’Oro award with the Move <em>Pergotenda®</em>, designed for Corradi, a company for which he has also designed a number outdoor furniture lines and <em>Shape</em>, a modular system for commercial use which received the 2013 Horeca 24 Innovation prize (an award sponsored by the Il Sole 24 Ore publishing group).
He has been collaborating with the Il Casone stone-working company on the design of a number of mosaics, a furniture collection and a tableware collection made of stone.

Always investigating the potential of new materials and their application in design projects, he has been publishing for years in Architectural Digest, Elle Decor, Progetti, Airone, Archeologia Viva and other specialist journals.