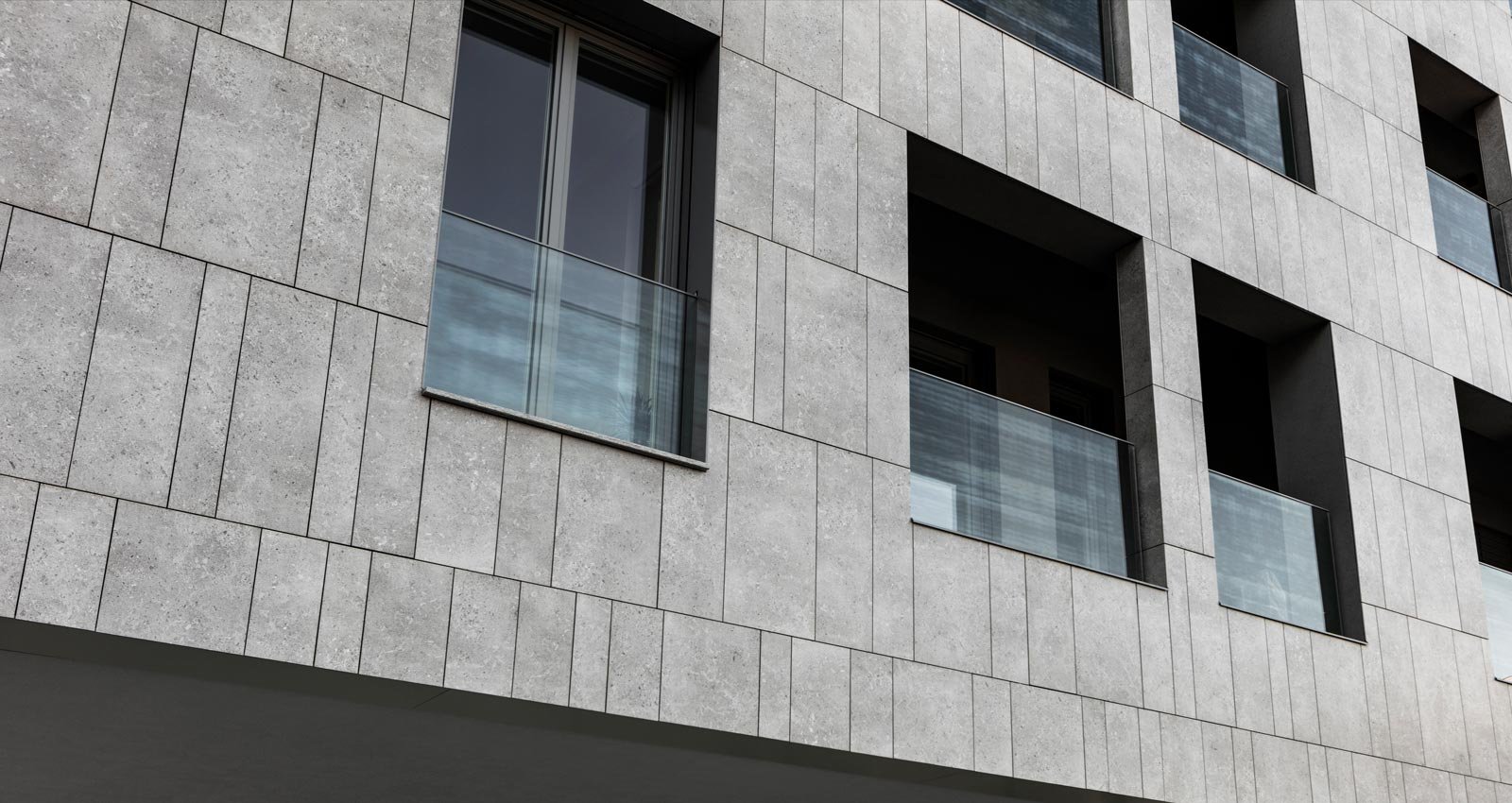 The thermal properties of the system are based on the basic principle of the “chimney effect”, obtained by leaving an air gap several centimetres deep between the perimeter wall of the building (covered with a layer of insulation) and the outer face. The change in the density of the air inside the air gap, due to the heat radiated by the outer covering, forces the air to move upwards and triggers a flow of natural ventilation from the bottom to the top. Sunlight reaches the facade, but its affect is significant in the summer.

In this case, while part of the thermal radiation affecting the outer covering is reflected back towards the outside, the amount of heat that penetrates the air gap is largely eliminated via the flow of air, greatly reducing the amount of heat absorbed by the building and the amount of humidity stagnating on the perimeter walls. Ventilated walls are a layer of protection with high thermal inertia in both seasons: in summer, they offset the heat (i.e. less heat enters the building by conduction and only at night, as the temperature is lower) and in winter they extend the time it takes for the perimeter wall to cool down.